For the second year in a row, I was unable to complete my Goodreads Reading Challenge. Even though I’d lowered my goal instead of going higher – as is customary for me – I just did not have the time to get to all the books I wanted to read. I tried to do too much… way too much… that I barely left time for myself to sleep. And it still wasn’t enough.

Yet I kept adding to my TBR pile, going nuts with my bookstore “raids”. In fact, my bookcase has really filled up compared to last year. And become so much more beautiful, if  I do say so myself.

Still, can’t go (further) into the new year without a wrap-up list!

On the bookish resolution front, I think I’ve failed in almost every aspect. The ones I’ve stuck to are in bold.

This is so bad. SO BAD. Even when I was buried under mountains of work, I still made time to read, and it breaks my heart that I’m moving backwards instead of forwards. The books on my shelves stare at me accusingly, particularly those I’ve bought more than 3 years ago and have yet to read. And I am going to. I promise I am. Maybe there needs to be an extra hour during the day that I can dedicate to reading. 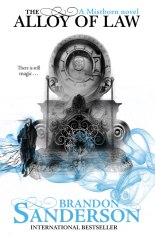 As was the case last year, my favourite read of 2016 was written by Brandon Sanderson – The Alloy of Law. It is an extension of the Mistborn trilogy, and it still has all the elements that made me fall in love with Sanderson’s writing, with the added perks of steampunk and guns and superb new characters. It also helps that I met the author around the time I was reading it, and he signed my copy! Exciting stuff.

On the other hand, the worst read of 2016 was The Rest of Us Just Live Here by Patrick Ness. I was taken by how pretty the book looked (beneath that navy jacket we had a bright yellow hardcover with blue-lined pages!) and its completely unique concept, but it was beyond disappointing. It was pointless. So pointless it should not have been written. This was not a good introduction to Patrick Ness.

The most disappointing award goes to Harry Potter and the Cursed Child. After waiting for so long and staying up till early hours of the morning to get my hands on this book, I was really disappointed to find that it was simply glorified fanfiction. Of course I was happy to be reunited with all my favourite characters, but the story itself was quite underwhelming. I guess that makes sense since Rowling didn’t even write it, but oh well. 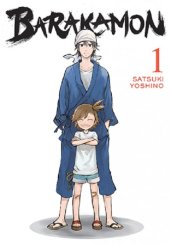 The books that made me laugh the most were Barakamon (volumes 1 – 12) by Satsuki Yoshino. It’s no secret that I adore manga, and this series is just the best. I bought all the volumes that have been released to date and just breezed through them. So much light-hearted humour and fun and life wisdom… and with every volume I feel like I’m revisiting old friends.

A honourable mention goes to Beautiful Chaos by Gary Russell. This year I developed quite the obsession with Doctor Who, after avoiding the show for years and years. Naturally I had to pick up the literature when I ran out of episodes, and this book is beyond great. It captures everything I love about this show and more (and it certainly doesn’t hurt that it features my favourite doctor, haha), and I recommend it to everyone, Doctor Who lovers and otherwise.

And now we’ve come to 2017… and you know what? Aside from a goal of (a measly) 20 books this year, I am not going to make any resolutions. It’s just too much pressure, and I’ve already got plenty on my plate without guilt-tripping myself over not meeting my reading goals. God knows I’ll probably fail in fulfilling my other, non-reading related goals. Plus, I really, really want to try and finish writing (and perhaps publishing?) a book this year, and I think I’ll be mostly focusing on that.

Though perhaps I’ll try harder to restrain myself from buying even more books, haha.

How many books did you read in 2016? What were your best/worst reads? How many are you planning to read in 2017?